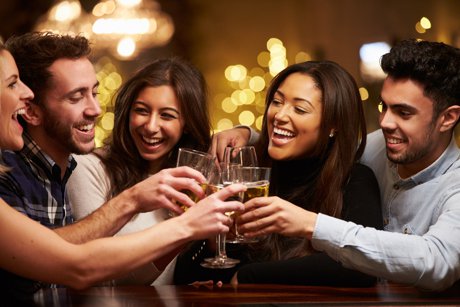 Laughter takes control of the night causing those living in Naples to indulge in a fit of giggles. Off The Hook Comedy Club has been drawing national headliners and international circuit comedians for over 10 years. Only the funniest are invited to take the stage which is one reason why the venue was named to USA Today Top 10. Most of the comedians on the board are more than well known. Many have made television appearances on popular shows such as Comedy Central and The Tonight Show.

Upcoming performers in the lineup include Rondell Sheridan of Disney Channel fame. Best known of his portrayal of Victor Baxter from Corey In The House, Sheridan is sure to wow the audience with a broader sense of humor. Special events also take place several times a month and vary from stand up. Future schedulings bring the anticipated Piff The Magic Dragon from America’s Got Talent. Larry David’s comedic antics mixed with magic and his personable chihuahua impress with each performance.

While the spotlight stays on the stage the kitchen also claims a little bit of brightness. Off The Hook also houses a top notch restaurant. From appetizers to entrees guests will clean their plates. Menu choices for light appetites include French Onion Soup, Margarita Flatbreads and a Lobster Cobb Stack. Entrees are full scale and range for steak to seafood. Locals living in Naples claim that the New England Seafood Newberg is the best. Happy hour is also in swing from 4 to 7 p.m.

Off The Hook Comedy Club hosts four to six shows per week, Thursdays through Sundays. Check the calendar for top artists and showtimes.